Flood 1
2011
Copper Plate Etching
5" x 7
This print was prompted by the pictures and reports on the floods in Queensland, Australia of 2010- 2011. While the deluges were devastating, the resultant landscapes, seen from afar in aerial and satellite surveys were captivating.

This particular print is meant to suggest a bird's eye view of tree tops standing above water filled with swimming serpents, washed from their dens.

Color variations in the ink led to a series of prints made from the same copper plate. Edition of two.
PREV / NEXT   4 / 17
BACK TO ABSTRACTS 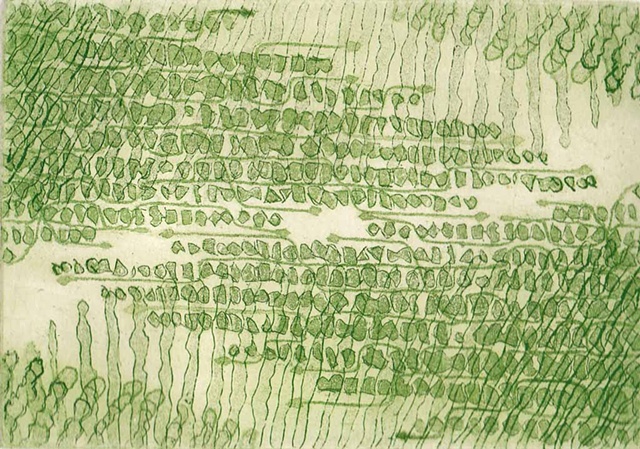